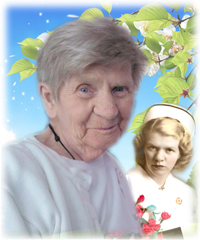 Beloved wife and mother, Anne Marie Pierce, passed away at the Medicine Hat Regional Hospital on Friday, March 4, 2016, at the age of 85 years. Along with John, her husband of nearly 65 years, Anne is survived by her children, Dave (Lauralee), Nancy (Robert) Dempster, Darrell (Kima) and Doug (Jaylene); grandchildren and great-grandchildren, Brieanna (Greg) Clark and their children, Brock and Thomas; Kadena (Quentin) Phillips and their children, Brennan and Stryker; Tamara (Benny) Pierce and their son, Arda; Lee (Heidi) Pierce and their son, Kayden; Jana Pierce; Sloan Pierce; Shane (Brittany) Pierce; Lindsey (Dwight) Hodel and their son, Davis. Anne is also survived by sisters, Elaine Lawrence and Sandra Krawec; brothers, Gary (Mary) Skjei and Paul (Helen) Skjei and their families. Anne was predeceased by her parents, Ludwig and Eldred Skjei and by her brothers, Doug, Dennis and Glen Skjei. Anne was born on the family farm near Swift Current, Saskatchewan on May 22, 1930. She graduated from the Medicine Hat General Hospital Nursing School along with her life-long friends as the class of ‘51. Anne and John married on August 6, 1951 and raised their four children in the house that they built on 7th Street S.W. Anne loved reading, especially murder mysteries and she usually had a jigsaw puzzle on the go. She was a quilter and an accomplished knitter, supplying the family with socks and toques. For many years, John and Anne traveled to Yuma, Arizona in the winter, making many friends there from all over the US and Canada. Anne was active with the Medicine Hat General Hospital Nurses Alumnae. Along with her family, she will be greatly missed by her nursing classmates and her many friends. The family expresses their heartfelt appreciation to the Home Care nurses who cared for Anne with kindness and respect. They would also like to thank the doctors, nurses, physiotherapists, occupational, speech and respiratory therapists as well as the many other health care providers at the Medicine Hat Regional Hospital who cared for Anne from the time she had her stroke in 2013 to when she passed away. A Celebration of Anne’s life will be held at Cook Southland Funeral Chapel, 901 – 13 Street S.W., Medicine Hat on Wednesday, March 9, 2016, at 2:00 p.m. with Life Celebrant Gerry Getz officiating. (Condolences may be expressed by visiting our website at www.cooksouthland.com) In lieu of flowers, memorial donations in Anne’s name may be made directly to the Heart & Stroke Foundation, #124, 430 – 6 Avenue S.E., Medicine Hat, Alberta, T1A 2S8 or to the Alberta Lung Association, P.O. Box 4700, Stn. South, Edmonton, Alberta, T6E 9Z9. Honoured to serve the family is