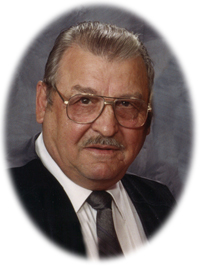 Richard “Ritchie” LaBatte of Medicine Hat, passed away on Tuesday, March 15th, 2016 at the age of 83 years. Ritchie leaves to cherish his memory his beloved wife, Rose LaBatte of Medicine Hat; his six children, Gale LaBatte Walper, Bryan (April) LaBatte, Chantel (Clayton) Kiefer, Melanie (Jason) Wiebe, Cory (Anna Maria) LaBatte and Crystal LaBatte; his grandchildren, Brandee Goldade, Brooke Goldade Kiefer, Cordero Walper, Breann LaBatte (Travis Robinson), Richelle LaBatte (Cody Booker), Cody Torkelson (Vanessa Rice), Connor Torkelson (Megan Dick), Kennedy and Emily Torkelson, Mathew and Sophia LaBatte; great grandchildren, Hanna, Sydney and Morgan Lesnak and Terryn Ritchie; step great grandchildren, Kapri and Rhett Booker; brother, Clifford LaBatte; and sister-in-law, Lyla Lanz. Ritchie was predeceased by his parents, Edward and Mary LaBatte of Gladmar, Saskatchewan. Ritchie was born on October 15th, 1932 at “30-1-19W2”, Saskatchewan (Minton/Gladmar). He attended boarding school convent in Radville. On December 29th, 1951 he took a job working for Shell Oil on a Drilling Rig from “Texas”. On August 3rd, 1955 he married Rose Melle in Minton, Saskatchewan. The oilfield brought many moves from Valleyview, Swift Current, Carnduff, Weyburn, Estevan, Calgary, Redcliff and Medicine Hat. In 1976 he started LaBatte’s Oilfield Service Ltd. with his wife, Rose and son, Bryan until his retirement in 1996. Throughout his life, Ritchie honed his many skills. He was a “Jack of all Trades” and an excellent “Mr. Fix-It”. He enjoyed carpentry, electrical, plumbing, welding, upholstery, landscaping and especially mechanics. He loved to work at his cabin in Elkwater and enjoyed the fruits of his labor with his family and many friends. Ritchie also enjoyed sports, particularly baseball, golf, curling, fishing and hockey, which he also coached. Ritchie loved cooking steaks for his Oilmen friends at the Medicine Hat Golf Course. He was famous for his seasoning salt “Richie’s Ready-Rub”. We will remember Ritchie’s enthusiasm in decorating and entertaining, especially at Christmas and his delight in dancing with Rose at every possible opportunity. Ritchie’s family and many friends will forever remember him for his love and devotion to them. We loved him for his humble spirit. We will honor his memory by following his good example of working hard and being kind. Those wishing to pay their respects may do so at SAAMIS MEMORIAL FUNERAL CHAPEL, 1 Dunmore Road SE, on Monday from 6:00 until 9:00 p.m. Vigil Rites (Prayers) will be held at SAAMIS MEMORIAL FUNERAL CHAPEL, on Monday, March 21st, 2016 at 7:00 p.m. The Funeral Mass will be celebrated at ST. PATRICK’S ROMAN CATHOLIC CHURCH, 238 – 2nd Avenue NE, on Tuesday, March 22nd, 2016 at 1:00 p.m. with Father Francis Tran, celebrant. Interment will follow in the Roman Catholic Section at Hillside Cemetery. Memorial gifts in Ritchie’s memory may be made to St. Joseph’s Home (Carmel Hospice), 156 – 3rd Street NE, Medicine Hat, Alberta, T1A 5M1. Condolences may be sent through www.saamis.com or to condolences@saamis.com subject heading Ritchie LaBatte. Funeral arrangements are entrusted to