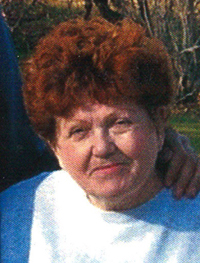 Jean Lorraine Anderson, beloved wife of Harold Anderson of Medicine Hat, passed away on Tuesday, March 22nd, 2016 at the age of 81 years. Jean also leaves to cherish her memory her children, Norman Houle (Becky), Phillip (Butch) Houle and Lorraine (Les) Beard; six grandchildren; six great-grandchildren; one brother, Ken (Sheila) Greenstein; one sister, Martha (Steve) Vecsei; semi-adopted brother, Victor Melinger; as well as numerous nieces and nephews. Jean was predeceased by her parents, Mike and Frances Greenstein; and sister and brother-in-law, Katherine (Len) Askew. A Family Memorial Service will be held at a later date. Memorial gifts in Jean’s memory may be made to the charity of one’s choice. Condolences may be sent through www.saamis.com or to condolences@saamis.com subject heading Jean Anderson. Funeral arrangements are entrusted to