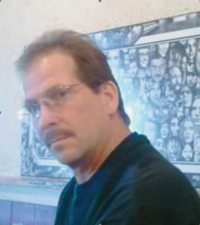 We are very sad to announce the death of our son, brother, and uncle; Robert Jacob Seibel (Kokanee) of Medicine Hat, Alberta. Rob was predeceased by his father Alex Seibel. He leaves to morn his mother Berna Michell, his siblings Mike (Judy), Linda (Ray), and Connie Seibel, along with his nieces and nephews Garrett, Ann Marie, Parker, Zach, Alex, and Nevan and his cat Jake. Rob was a kind and caring person who lived life one day at a time. Rob spent many years working in the oil patch and made many friendships along the way. He valued his many friends and had a special place in his heart for each one of them. He will be dearly missed. Rob will be remembered for his smile and generosity. Rest in Peace.

A celebration of Rob’s life will take place at the Hylton Hotel at 193rd street NE, Redcliff on April 1, 2016 starting at 2pm.

Leave a Condolence for Kathy Duddy