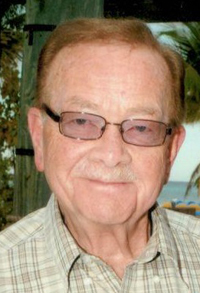 Dave passed away in his home with his wife by his side after a brief battle with cancer. He was predeceased by his father, Joseph Roth; mother Johanna “Jennie” Roth. Dave is survived by his loving wife of 42 years, Wendy, and children, Veronica Roth, Laureen Roth, Clayton Roth (Kathy), Doug Rogers (Cora), Natalie Huber (Tim); his grandchildren, Angelina, Sarah, Ben, Abigael, Jessalyn, Natasha, Bryce, Rachael, and Kyle; his siblings, Lawrence (Sue) Roth, Richard (Lorraine) Roth, Rosella (Elroy) Herman, Dan Roth, Ben (Billie-Sue) Roth, numerous nieces and nephews and his special dog, Kila. A Celebration of Dave’s life will be held at 11:00 a.m. on Wednesday, April 6, 2016 at Broadway United Church, 105 Broadway Ave., Regina, SK with Rev. Jim Balfour officiating. In lieu of flowers, donations in Dave’s memory may be made to the Canadian Cancer Society, Sask Division.