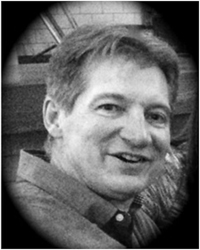 Fred was born in Winnipeg, MB on March 2, 1963. During his childhood he lived in Fisher Branch, Manitoba until moving to Medicine Hat in 1972. At that time he attended St Thomas, St. Mary’s and McCoy High School.

Fred excelled and loved sports, playing baseball, football, golf, hockey, skiing and biking from childhood through his teen years. He played hockey for the Midget A Tigers, Junior B Cubs and the Medicine Hat College Rattlers until injuring his knee at the age of 20.

Fred met Tara when he was 15 and his time was divided between her and his sports. In 1984, they were married in Medicine Hat, and began their first year there, moving after to live in Camrose and Strathmore, AB. They returned to Medicine Hat in April of 1988, when their twin daughters were born followed by the birth of their son in 1992.

Fred began his post secondary education at the Medicine Hat College, followed by attending NAIT for his power engineering 4th class, challenging and achieving his 3rd class, followed by years of attaining courses, diplomas and designations in Health and Safety. Fred was one of very few to hold dual safety designations of CRSP (Canadian) and CSP (USA). In 2014, he completed his BA in Safety and Management and just recently had begun working on his Masters.

Fred’s career allowed him to experience many different locations throughout Canada and the United States. He loved to travel but his true love was the comfort of home, spending time with his family, dogs, TSN and sitting in his yard seeking the sun and looking at his roses. The simplest things always made Fred happy and it was never hard to please him.

The family requests that if you are attending the Celebration of Life, humor Fred by dressing casually, and wearing the colours of the Boston Bruins.