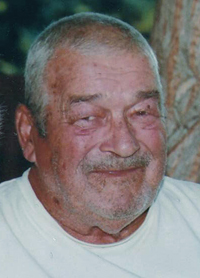 Albert Draper was born in Chaplin, Saskatchewan on June 16, 1941. He lived there until he was 18, then moved to Wynndel British Columbia. There he worked in construction and at the potato sheds. In 1963 he married Phyllis Shirley McCulloch at the Justice of the Peace in Coeur d’Alene. After he was married, Albert moved to Kitimat B.C. and worked at Alcan Aluminum. Albert and Shirley started their family in Kitimat with the birth of Crystal, followed by Debbie and completing their family with Annette. Albert and his family moved back to Wynndel in 1970 where he worked at Wynndel Box and Lumber and started his own backhoe and gravel business. Following layoffs at the mill, Albert went to work for Fording Coal, which is where he worked for 15 years. In 1998 Shirley and Albert moved to Bow Island where Albert started a Lawn and Garden business. The business operated until Shirley contracted cancer in 2004. From then on he devoted his time and effort to his wife, his family, his animals and the farm. Albert was always a very hard worker and enjoyed it. He also liked to hunt, go fishing, and play hockey.