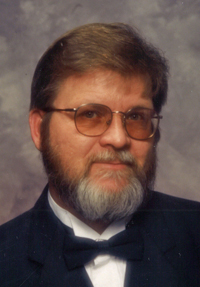 It is with deepest sadness that our family announces the passing of our husband, father and grandfather, Richard (Rick) Stephen Tomaszewski, on Thursday, April 7th, 2016 in Medicine Hat, Alberta at the age of 66 years. He is survived by his wife of 44 years, Vicky Tomaszewski; and daughters, Annalisa Tomaszewski, Theresa (Kelly) Lerner and Stephanie (Jeremiah) Lehr. Also left to cherish his memory are his four grandsons, Ashton and Tyson Lerner, Ethan and Brody Lehr and another grandchild due in July. Richard also leaves his sister, Zenona Malinski; and brother, Marian Tukiendorf of Chicago, Illinois; his brother and sisters-in-law, Ed & Sharon Mastel, Ben & Theresa Mastel, Leo & Jackie Mastel, Rose Ann & Darren Rud and Allan & Brenda Mastel; as well as numerous nieces and nephews in Canada and the United States. Richard was predeceased by his parents, Roman & Anna Tomaszewski; brother, Zbigniew Tomaszewski; mother and father-in-law, Lagatha & Egnotz Mastel; aunt and uncle, Katrina & Walter Denes; cousin, Richard Denes; and step-father, Boleslaw Tukiendorf. Richard was born on March 15th, 1950 in Munster, Germany. At the age of 2, Richard and his family moved to the United States and resided in Chicago, Illinois where he attended school. In 1966, Richard moved to Los Angeles for two years and worked in various jobs. In July 1968, he moved to Canada eventually settling in Medicine Hat. He met his lifelong partner, Vicky in January of 1972 and they were married on December 1st, 1972. Richard worked at Cancarb for a number of years, then in 1984 and up to his retirement in 2011, he worked as a Stock Taker for the British Military at CFB Suffield. Richard was a member of the Medicine Hat Elks Club, Medicine Hat Fish and Game and the Redcliff Legion. He enjoyed fishing, hunting, camping with the Cresswells in various places in Canada and the United States as well as tinkering around and building things in his garage. Richard spent countless hours at the Mastel Farm taking part in various aspects of farm life. Richard and Vicky enjoyed their trips to Mexico, Cuba, Disney World, Alaska and in April 2015 Richard was able to fulfill a lifelong dream with his family by taking a cross country train trip to visit the Vietnam War Memorial in Washington, DC where his brother, Zbigniew is honoured. We would like to thank Dr. Foley and his team at the Margery E. Yuill Cancer Centre, Dr. Filanti, the Palliative Care team at Medicine Hat Regional Hospital and Mark Sloan for all their care and compassion throughout Richard’s journey. Those wishing to pay their respects may do so at SAAMIS MEMORIAL FUNERAL CHAPEL, 1 Dunmore Road SE, on Sunday from 7:00 until 9:00 p.m. and on Monday from 10:00 a.m. until 10:55 a.m. The Funeral Service will be held at SAAMIS MEMORIAL FUNERAL CHAPEL, on Monday, April 11th, 2016 at 11:00 a.m. with Gary W. Goran officiating. A private interment will follow at Hillside Cemetery. Memorial gifts in Richard’s memory may be made to Margery E. Yuill Cancer Centre, c/o Medicine Hat and District Health Foundation, 666 – 5th Street SW, Medicine Hat, AB T1A 4H6. Condolences may be sent through www.saamis.com or to condolences@saamis.com subject heading Richard Tomaszewski. Funeral arrangements are entrusted to