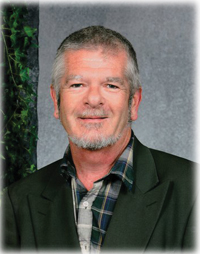 Rev. Kevin E. Johnston, a resident of Medicine Hat, Alberta and formerly of several communities throughout Saskatchewan, London and Wallaceburg, Ontario chose to end his life and passed away suddenly at his residence on Wednesday, April 13, 2016, following a difficult journey with mental illness and depression. He was born in Wallaceburg on March 13, 1959. Kevin is survived by his brother, Fred; sister, Jane Boulanger (Luc); nephews and nieces, John Johnston, Jay Shantz (Paige), Jennifer Hopkins (Blain), Eric and Allison Boulanger; great-nephews and niece, Easton and Alba Hopkins, Landon and baby Shantz and his “forever friend” Roger Snyder. He will be remembered by many aunts, uncles, cousins and friends. He was especially close to his Aunt Sandra and Uncle Eric Johnston. He was predeceased by his parents Ed (2001) and Elaine (Turner) (2015) Johnston. A Memorial Service in Kevin’s honour will be held at Fifth Avenue Memorial United Church, 476 – 4 Street S.E., Medicine Hat on Monday, April 25, 2016, at 3:00 p.m. with Rev. David Pollard officiating. To help those in need, please consider a donation to the Salvation Army Family Support Centre, 737 – 8th Street S.E., Medicine Hat, Alberta, T1A 1M6. (Condolences may be expressed by visiting our website at www.cooksouthland.com) Honoured to serve the family is