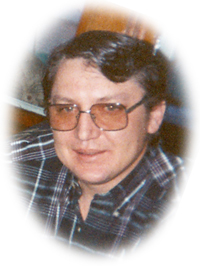 George Wasutyk, beloved husband of the late Linda Rex, passed away in Medicine Hat on Sunday, March 6, 2016, at the age of 64 years. George leaves to cherish his memory: brothers, Miron (Ruth) Wasutyk of Prince Albert, SK., Joe Wasutyk of Ukraine and Orest (Margaret) Wasutyk of Prince Albert, SK.; sister, Dorothy (Stan) Podborochynski of Saskatoon, SK.; sister-in-law, Lisa Rex and her family as well as numerous nieces and nephews. He was predeceased by his parents, Peter and Annie Wasutyk. George was a man of great faith with a never ending thirst for knowledge. He enjoyed everything from history to the newest gadgets. His greatest passion was animals, especially horses and his dog, Sheba. He would play ball for hours with her right up until she passed away, only a couple of days before the passing of his other greatest love – his life partner and soulmate in life, Linda. Another of George’s passions was music. He was enthusiastic about learning how to play guitar. His favorite artist of all time was Bob Dylan and he practiced diligently to play his songs while attempting to write his own music. A Celebration of George’s life will be held at Hillside Cemetery on Tuesday, April 26, 2016, at 3:30 p.m. with Father Tomy Manjaly officiating. Those who wish to attend the Graveside Service should gather at Cook Southland Funeral Chapel, 901 – 13 Street S.W., Medicine Hat on Tuesday at 3:10 p.m. to join in the procession to Graveside. (Condolences may be expressed by visiting our website at www.cooksouthland.com) Honoured to serve the family is