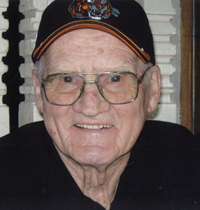 Francis “Frank” Emerson Coffey, beloved husband of Fran Coffey of Medicine Hat, passed away on Friday, April 29th, 2016 at the age of 80 years. Frank leaves to cherish his memory his three children, Tom Coffey (Linda Rempel), Janice (Dan) Holmedal and Russell (Kelly) Coffey; two step-children, Cheryl (Garth) Price and Peter Coffey; ten grandchildren, Danette (Court) Bredeson, Derek Holmedal (Jayda Sprague), Joel Holmedal (Chelsea Chabot), Calvin (Andrea) Martin, Alex Martin, Crystal Martin, Hailey Rempel, Lane Rempel, Declan Coffey and Sarah Coffey; six great-granddaughters, Jade Dyer, Lola Bredeson, Harlow Bredeson, Ella Bredeson, Alivia Martin and Janay Holmedal; three sisters, Shirley Loney of Thorold, Ontario, Donna Walters of Niagara Falls, Ontario, and Joannie/Morgan (Dennis) Rohne of Las Vegas, Nevada; as well as numerous nieces and nephews. Frank was predeceased by his first wife, Lola Coffey; one son, Charles “Chuck” Coffey; and his parents, John and Hilda Coffey. Frank was born in Pembroke, Ontario on July 20th, 1935. In 1952, at the age of 17, he moved to Medicine Hat working many odd jobs before meeting his first wife, Lola. They had four children. Frank worked for over four decades in the auto industry where he made many lifelong friends and acquaintances. He was known for never forgetting who owned what car. It was impossible for him to have a conversation that didn’t start or end with cars. In 1990, his family grew to include a second love in his life, Fran and her children. They’ve spent the last 27 years enjoying their life together and building many happy memories and a loving family. Frank was so proud of his children, grandchildren, and great- grandchildren and always had a smile as he talked of them. He will be fondly remembered forever in our hearts. Those wishing to pay their respects may do so at SAAMIS MEMORIAL FUNERAL CHAPEL, #1 Dunmore Road SE, on Monday from 7:00 to 9:00 p.m. and on Tuesday from 1:00 to 1:55 p.m. The Funeral Service will be held at SAAMIS MEMORIAL FUNERAL CHAPEL on Tuesday, May 3rd, 2016 at 2:00 p.m. with Pastor Mike Landry officiating. A Private Interment will take place at Hillside Cemetery. Memorial gifts in Frank’s memory may be made to the Margery E. Yuill Cancer Centre, 666 – 5th Street SW, Medicine Hat, Alberta, T1A 4H6. Condolences may be sent through www.saamis.com or to condolences@saamis.com subject heading Frank Coffey. Funeral arrangements are entrusted to

Leave a Condolence for Jim and Terry Hunt