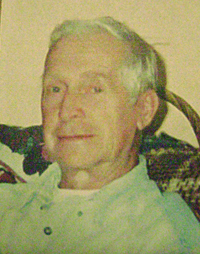 Thomas “Tom” Edward Sturgess of Medicine Hat, beloved husband of the late Evelyn Sturgess, passed away on Monday, May 2nd, 2016 at the age of 81 years. Tom leaves to cherish his memory two sons, Jeff (Jeanette) Sturgess and Tim Sturgess, both of Calgary; two grandchildren, Alex and Anthony; one brother, Robert Sturgess; as well as numerous nieces, nephews, extended family and friends. Tom was predeceased by his wife, Evelyn; his parents, Frederick and Margaret; one brother, Fred; and one sister, Dorothy. Tom had a great love for animals and they were known as the ‘bird people’ on 1st Street. He worked as a letter carrier with Canada Post for 35 years and was also with Scouts Canada for many years. Tom loved to play horseshoes and continued to play until the end. Special thanks to family and friends as well as to the nurses and staff at Good Samaritan’s Society. The Funeral Service will be held at SAAMIS MEMORIAL FUNERAL CHAPEL, #1 Dunmore Road SE, on Wednesday, May 11th, 2016 at 3:00 p.m. with Dr. David J. Carter officiating. Memorial gifts in Tom’s memory may be made to the SPCA, 55 Southwest Drive SW, Medicine Hat, Alberta, T1A 8E8. Condolences may be sent through www.saamis.com or to condolences@saamis.com subject heading Tom Sturgess. Funeral arrangements are entrusted to