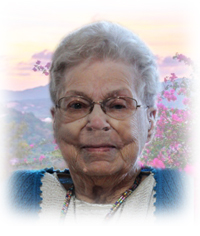 It is with heavy hearts that the family of Mrs. Freda Noble Lowe, announce her peaceful passing which occurred at the Medicine Hat Regional Hospital while surrounded by her family on Thursday, April 28, 2016, at the age of 91 years. Left to cherish Freda’s memory are three daughters, Myrna (Gordon) Bushell of Seven Persons, AB. and their family, Heather Bushell and her daughter, Caitlyn; Tammy (Colin) Burgevitz and their daughters, Taylor, Mykayla, Camryn and Sydney; Vickie (Darryl) Stevenson of Canora, SK. and her sons, Shaun (Nicole) Stevenson and their children, Ryan, Blake and Ella; Greg (Jennifer) Stevenson; Joyce (Larry) Zazalack of Taber, AB. and their children, Judie (Devin) Werewka and their children, Ashton, Mason and Morgan; Jenelle (Jamie) O’Connor and their children, Aiden, Bryden and Madisen; Jarid (Destany) Zazalack; Jocelyn (Nic) Smith and their children, Xavier and Meka; Jarvis (Heather Mack) Zazalack. Freda is also survived by her sister, Anne Wurmlinger as well as numerous nieces and nephews. She was predeceased by her husband, Ernie as well as seven brothers and three sisters. Freda was born in Nadeauville, SK. on April 26, 1925, to John and Annie Harrison. She enjoyed the opportunity to work at numerous jobs throughout the years and also maintained an active role within the Gull Lake community. 1998 marked 50 years of active involvement for Freda in the Royal Purple, an accomplishment she was very proud of. Freda appreciated each opportunity to travel abroad, visiting many different countries over the years. In 1999, she made the decision to move to Medicine Hat to be closer to her family whom she loved very much. After the move, she continued to stay active whether enjoying visits from family or playing cards and bingo. She will truly be missed! Those wishing to pay their respects may do so starting one hour prior to the Celebration of Freda’s Life which will be held at Cook Southland Funeral Chapel, 901 – 13 Street S.W., Medicine Hat on Monday, May 9, 2016, at 11:00 a.m., with Life Celebrant Gerry Getz officiating. Interment will follow at Memory Gardens Cemetery, Swift Current, SK. (Condolences may be expressed by visiting our website at www.cooksouthland.com) Honoured to serve the family is