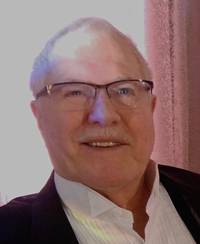 Jim (James) Kozmyk was called back home to God on May 13, 2016 at St. Paul’s Hospital after a brief illness. Born to Adam and Charlotte Kozmyk on May 3, 1936 in Medicine Hat, Alberta, he was the youngest of four children. He was predeceased by his parents, his sisters, Ella and Becky, his brother Stan, infant grandson Tanner, and wife Barbara (nee Knapik). He is survived by his children Timothy (Debra), Eryne (Kevin Horner), Tanya Dion, Barry, from his first marriage, Michael and Lisa, from his marriage to Barbara, as well as his wife Doreen (nee Anweiler) and stepchildren Scott, Shawn, Jessica and Charlie, grandchildren and numerous nieces and nephews. He was truly a renaissance man accomplished in building design, athletics, music, and writing. His began his musical career by playing drum and bagpipes for the Calgary Highlanders Pipe Band. Then he helped start an all girls pipe band which won the Kelowna Regatta in 1968. Also an accomplished athlete, he played for the Medicine Hat Tigers in the Western Canada Junior Hockey League. He worked as a surveyor before moving into real estate design, holding positions with Bank of Montreal, Dome Petroleum, and lastly with Federated Co-operatives. He was an active member of the Catholic Church and assisted in the design of two churches, including the Holy Family Cathedral. He sat on the Board of Directors of the Centennial Auditorium (now TCU Place) and was the chair of the Municipal Planning Commission. He was a long serving member of the Terry Fox Run Organizing Committee and participated in every Terry Fox Run since its inception. Prayers will be held on Wednesday, May 18, 2016 at 7:00 pm and funeral mass on Thursday, May 19, 2016 at 10:30 am at Holy Family Cathedral, Saskatoon, SK. Interment at St. Peter and Paul Cemetery in Broderick following lunch. Funeral arrangements entrusted to Mourning Glory Funeral Home. In lieu of flowers, donations can be made to Leslie and Irene Dubé Urology Centre of Health or charity of choice.