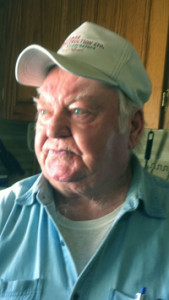 It is with heavy hearts the family of Lawrence Wayne Klettke of Eston Saskatchewan announce his passing on May 15th, 2016 at the Kindersley Regional Hospital, at the age of 82.

Wayne was born June 29, 1933 in Kindersley to Lillian and Otto Klettke. He grew up in the Madison District. Later In his younger years he worked alongside his brother and father with the business of Otto Klettke and Son’s Construction. In 1955 he married Dorothy Paulson of Kindersley and together they had four children. Working in the Oil Patch had the family moving many places, finally settling in Redcliff, AB. in 1972. He prided himself as being one of the Best Cat Skinner’s in the Country. Through the years dad made many friends along the way, and had several construction companies. One of his known sayings , “This time the worm is gonna turn for me!” He spent the last several years residing back in his home area of Eatonia and Eston, where he had been most recently cared for in the Eston Manor. Those who knew Wayne would find him happiest with a drink in hand telling stories of days gone by, playing the VLT’s and fishing.

He was predeceased by his parents Lillian and Otto, mother of his children Dorothy , daughter in law Crystal and granddaughter Shenaya . He leaves to cherish his memory, Bernie (Debra) Klettke & Chad; Bonnie (Dave) Klaudt & Dustin, Kaylee (Michael Dereniwski); Debbie Lynch & Braydon, Darien; and Kurt Klettke. His brother Elwyne Klettke, along with his nieces, nephews and friends.

A private celebration of remembrance will be held at a later date. Those wishing to remember Wayne, please raise your next glass and have a toast to him.

The family would like to extend their thanks to the staff of the Eston Manor and Kindersley Regional Hospital for his care.