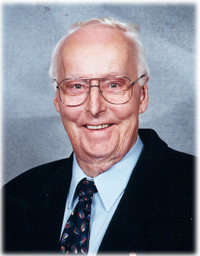 Dad, loving husband of Donna Robinson of 55 years, born March 6, 1935, in Lethbridge, AB., the third of five children to Fletcher and Ruby Robinson, passed away on Wednesday, May 25, 2016, at the age of 81 years. Along with Mum, left to cherish Dad’s memory are three children and their families, Brian (Tracey) Robinson (Shaun, Ashley (Jeb) and Taylor-Lynn); Sherri (Doug) Hendricks (Garrett (Tracy), Leesha (Gareth); Kathy (David) Wong (Matthew and Jordan). Dad is also survived by his siblings, Joan Carthen, Garry (Betty-Ann) Robinson and Darrel (Mary-Anne) Robinson; brother-in-law, Roy Ellis; Donna’s sister, Paddy (Mel) Harrison as well as many loving nieces and nephews. Dad was predeceased by his parents, Ruby and Fletcher Robinson; sister, Roberta Ellis; brother-in-law, Walter Carthen as well as Donna’s parents, Frank and Jean Akers. Dad lived his childhood years in many southern Alberta towns as his father was an RCMP officer. He started his career with Dowell of Canada at the age of 18. His career brought him to Medicine Hat where he met and married Mum in 1960. This was the start of many adventures including numerous moves and the birth of their three children. In 1976, they moved back to Medicine Hat where he was the Southern AB., Southern SK. District Manager of Dowell of Canada. Dad retired from Dowell in 1986 but continued his career consulting with Ocelot (Lone Pine) and the City of Medicine Hat Gas Department before fully retiring to spend endless hours with Mum and the kids. When the grandchildren started to arrive, there was no one happier then Dad as he cherished every moment with them. He was a very active and involved Grampa. Our family would like to express our sincere gratitude to Dr. Ruzycki and Karen Sweet. We would also like to thank the entire staff on the Palliative Care Unit at the Medicine Hat Regional Hospital for the exceptional care we received. A service celebrating Dad’s life will be held at Cook Southland Funeral Chapel, 901 – 13 Street S.W., Medicine Hat on Tuesday, May 31, 2016, at 11:00 a.m. with Life Celebrant Gerry Getz officiating with fellowship thereafter in the Cook Southland Reception Facility. A private interment will follow at Hillside Cemetery. (Condolences may be expressed by visiting our website at www.cooksouthland.com) If friends so desire, memorial donations in Dad’s name may be made directly to the Burn Unit or to Palliative Care, both c/o the Medicine Hat & District Health Foundation, 666 – 5 Street S.W., Medicine Hat, Alberta, T1A 4H6. Honoured to serve the family is