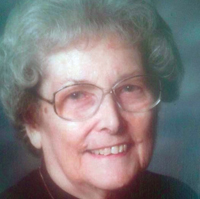 Nora Winifred Roberts of Red Beach, Auckland, beloved wife of the late Arthur Roberts, passed away on Friday, May 27th, 2016 at the age of 84 years. Nora leaves to cherish her memory four children, Colin Roberts, Glenn (Diane) Roberts, both of the U.K., Sandie Hubbard (Wendy Siggery) of New Zealand, and Beverley (Robert) Dalliston of Sydney, Australia; seven grandchildren, Matthew (Melanie) Hubbard, Amy (Darren) Thomson, Sean Dalliston, Sarah Ellen Dalliston, Georgia May Roberts, Niall Roberts, and Jonny Roberts; four grandchildren, James and Joshua Sustins, Luke and Katelyn Hubbard. Nora was predeceased by her husband, Arthur; her parents, Sydney and Elsie Leaver; one brother, Edward; and four sisters, Irene, Joan, Betty, and Dorothy. Nora was born and raised in Brandon, Coventry, England where she also attended school. She joined the WRAF as a wireless operator and was enlisted to Changi, Singapore where she met Arthur and they were married in Brandon, England on June 5th, 1954. They started a family and returned to work before immigrating to Canada in 2006 to be closer to family. Nora enjoyed singing and tap dancing. In 2011, she moved to New Zealand. The Funeral Service will be held at a later date. Memorial gifts in Nora’s memory may be made to the Canadian Cancer Society, 200 – 325 Manning Road NE, Calgary, Alberta, T2E 2P5. Condolences may be sent through www.saamis.com or to condolences@saamis.com subject heading Nora Roberts. Funeral arrangements are entrusted to