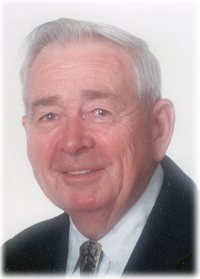 Roy Freeman McGee, beloved husband of Marian McGee, passed away peacefully while surrounded by family at the Medicine Hat Regional Hospital on Sunday June 5, 2016, at the age of 87 years. Along with Marian, Roy also leaves to cherish his memory: five children, Wayne (Marion) McGee of Seven Persons, Ken (Chris) McGee of Medicine Hat, Patti (Tim) Dillman of Estevan, SK., Barb (John) Miller of Drumheller and Brian (Sandy) McGee of Medicine Hat; eleven grandchildren; nine great-grandchildren; one sister; one sister-in-law as well as numerous nieces and nephews. Roy was born on September 22, 1928, in Sydney Mines, Nova Scotia and moved to Galt, Ontario as a young man where he met the love of his life and lifelong partner, Marian. They were wed on October 15, 1949 and resided in Galt while raising their family. In 1980, they decided to move west after an extended vacation, settling in Medicine Hat. Throughout his life, Roy was fortunate to have worked in a variety of occupations. He began his industrial career in Galt as a steel fabricator/welder and later earned his Journeyman Sheet Metal Mechanic certification prior to moving to Medicine Hat. Roy was a qualified Appliance Repair Man and for several years operated his own business in Medicine Hat. He was an avid camper throughout his life and Roy and Marian enjoyed their many extended trips travelling across Canada and into the United States. Roy will be dearly missed by all of those who knew and loved him. A Celebration of Roy’s life will be held at Cook Southland Funeral Chapel, 901 – 13 Street S.W., Medicine Hat on Thursday, June 9, 2016, at 2:00 p.m. with Life Celebrant Gerry Getz officiating. If friends so desire, memorial tributes in Roy’s name may be made to the Heart and Stroke Foundation of Alberta, #124, 430 – 6 Avenue S.E., Medicine Hat, Alberta, T1A 3K2 or to the charity of one’s choice. (Condolences may be expressed by visiting our website at www.cooksouthland.com) Honoured to serve the family is