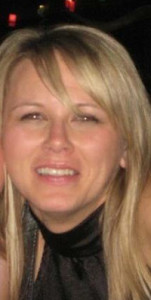 Crystal passed away suddenly on Monday, June 13th, 2016 at the age of 35 years. She leaves to cherish her memory her children, Braydon Borthwick, Kearra Borthwick, and Jade Judkins. She is also survived by her mother, Diana Simons (Doug Kromery); her father, Dan Simons (Veronica Marr); her brothers, Harley Simons and Shane Simons; her grandparents, Ralph and Betty Peterson; niece, Hayden; nephews, Rylie and Rylan; many close friends; as well as numerous aunts, uncles and cousins. Crystal was predeceased by her paternal grandparents, Dennis and Violet Simons; and her aunt, Sandra Simons. Crystal was born and raised in Medicine Hat. She was actively involved in figure skating, soccer and numerous other activities. She was very athletic and ‘rough and tough’ having two older brothers to wrestle with. Crystal always made sure her kids were never without. She started working at a young age as a supervisor at Arby’s, and pumped gas at the Husky when Braydon was born. When Kearra got very sick, Crystal was always by her side. Then along came Jade and Crystal decided to go to College for a Certificate of Office Technology. She also worked at Tim Horton’s part time with three kids while going to College. She was the best Mommy ever! After College, Crystal landed a job at Baker Hughes. The Funeral Service will be held at SAAMIS MEMORIAL FUNERAL CHAPEL, #1 Dunmore Road SE, on Wednesday, June 22nd, 2016 at 1:00 p.m. with Gary W. Goran officiating. Memorial gifts in Crystal’s memory may be made to the Alberta Children’s Hospital, 2888 Shaganappi Trail NW, Calgary, Alberta, T3B 6A8, or to the Canadian Diabetes Association, #102, 73 – 7th Street SE, Medicine Hat, Alberta, T1A 1J2. Condolences may be sent through www.saamis.com or to condolences@saamis.com subject heading Crystal Simons. Funeral arrangements are entrusted to