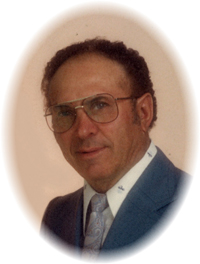 Otto Tschritter of Medicine Hat, beloved husband of the late Adeline Tschritter, passed away on Tuesday, June 21st, 2016 at the age of 89 years. Otto leaves to cherish his memory his children, Donna (David) Green, Linda (Loran) Irving, Glenn (Debbie) Tschritter and Terry (Debbie) Tschritter; nine grandchildren; eleven great grandchildren; one sister, Edith Weiland; four step-grandchildren; five step-great grandchildren; as well as numerous nieces and nephews. Otto was predeceased by his wife, Adeline; his parents, Fredrick and Augustine Tschritter; and four brothers, Emil, Edward, Art and Edmond. Otto was born on June 23rd, 1926 in Irvine, Alberta. He married Adeline on June 26th, 1949 in Medicine Hat and together they began ranching and farming and purchased the Wutzke family farm from Adeline’s parents. It remains in the family, owned and operated by Otto’s son, Glenn and his wife, Debbie. In the early 60’s, Otto and Adeline operated a 60-cow dairy barn, along with range cattle, pigs, chickens and flood irrigation in the Pashley area. Otto and Adeline moved to the city in 1967 and continued to farm while building a new house along the river. They loved having get-togethers with their friends…it was a cherished part of their retirement. Otto and Adeline loved to travel; Phoenix, Arizona was their favourite place to visit. Those wishing to pay their respects may do so at SAAMIS MEMORIAL FUNERAL CHAPEL, #1 Dunmore Road SE, on Friday, July 8th, 2016 from 7:00 to 9:00 p.m. A Private Funeral Service will be held at SAAMIS MEMORIAL FUNERAL CHAPEL on Saturday, July 9th, 2016 with Pastor Bob Findley officiating. A Private Interment will take place at Hillside Cemetery. Memorial gifts in Otto’s memory may be made to the charity of one’s choice. Condolences may be sent through www.saamis.com or to condolences@saamis.com subject heading Otto Tschritter. Funeral arrangements are entrusted to