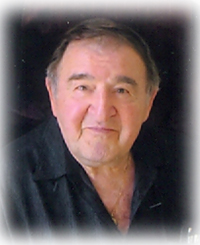 Kenneth Lavern Kramer passed away peacefully in his sleep on July 10, 2016, at the age of 83 years. He is survived by his wife, Elizabeth “Betty” and daughters, Bonnie (Andy) Weishaar and Karen (Don) Philpott along with four grandchildren, Kyle and Rochelle Weishaar and Sarah and Garth Philpott. He is also survived by his sister, Iris Audy and sister-in-law, Esther Kramer. Ken was predeceased by his first wife, Rena Tilleman; parents, Reinhold and Olga Kramer; brother, Ed Kramer and his brother-in-law, Jess Audy. Ken was born on March 29, 1933, in Irvine and lived in Medicine Hat where he worked as an electrician at IXL Industries until his retirement. He loved to travel to Mexico as well as taking his grandkids to Fairmont Hot Springs. In his leisure time, Ken bowled, golfed, played pool, did woodworking and enjoyed sipping on a glass of brandy with his friends and family. In honouring Ken’s wishes, no formal funeral service will be held. (Condolences may be expressed by visiting our website at www.cooksouthland.com) In lieu of flowers, those wishing to remember Mr. Ken Kramer may do so through a gift to the Heart & Stroke Foundation of Alberta, #124, 430 – 6 Avenue S.E., Medicine Hat, AB, T1A 2S8. Honoured to serve the family is