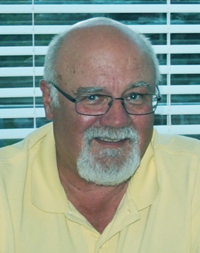 Kenneth Knox, 67, of Calgary, beloved husband of Mary McNally, passed away on July, 7th, 2016 while doing something he loved… riding his motorcycle.

He was born on January, 21st, 1949 in Medicine Hat, attended Medicine Hat High then attended University of Calgary before being employed at CN Rail for the next 26 years. In his career, Ken moved between Edmonton, Winnipeg, Montreal and retired in Calgary. Ken was predeceased by his parents Ann (Goodfellow) and John Knox. Ken is survived by his sister Delphine Hunter (Jim) of Medford, Oregon and brother Dale Knox from Medicine Hat. Ken also leaves behind three stepchildren: Carly O’Reilly from Calgary, Michael and Frederique Charest from Montreal, Quebec, as well as numerous nieces, nephews and cousins.

The service will be held at 2pm on Friday, July 15, 2016 at the Chapel of the Bells, 2720 Centre Street North, Calgary, Alberta. A “Celebration of Life” will take place in Medicine Hat on August 1, 2016 at the Medicine Hat Lodge.

Condolences may be forwarded through www.mcinnisandholloway.com