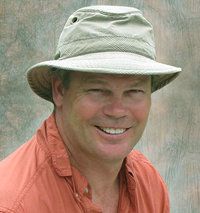 Alerin, our beloved brother, uncle and special friend passed away suddenly at the South Calgary Health Campus succumbing to his battle with cancer. Alerin grew up on the Nicol Ranch west of Tompkins, SK. He attended school in Tompkins, Gull Lake and Swift Current, SK. Living in Brooks, AB while apprenticing to become an accomplished welder; he established a successful venture in his own business, Fusion Works Welding in Calgary. Alerin was an avid outdoorsman and his main passions were hunting, fishing, and he loved to compete in sporting clays competitions. He competed at the highest shot level winning several awards. Alerin will be lovingly remembered by his sisters, Selene (Burt) Anderson of Seven Persons, AB, Anita (Walter) Bilych of Okotoks, AB., brother-in-law Randy (Lisa) Olson, Consul, SK, nieces and nephews, Kirstine (Sadik), Bryce (Kerry), Alyssa (Jarrod), Shayla (Jesse), Cassie (Dylan), Spenser (Gabrielle) and Sidney (Bailey) and special friend Denine Thingvold, as well as, aunts, uncles, cousins, great nieces and nephews. He was pre-deceased by his parents Glen Nicol and Gloria (Weiss-Nicol-Bowyer) and sister Sylvia Olson. A celebration of Alerin’s life is planned for July 16, 2016 from 12:00 noon to 3:30 pm at Silver Willow Gun Club (30133- Range Road 20, Mountain View County, AB.) www.silverwillow.ca. To send condolences to the family please visit www.mcinnisandholloway.com. If friends so desire, memorial tributes may be made directly to the Canadian Cancer Society.