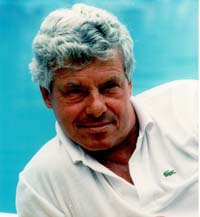 Stuart Murray Warne died peacefully in his sleep at home on July 2, 2016, at 84 years of age. He is survived by his daughters Janis, Shirley, Patricia, and Carolyn; brothers Donald, Reginald (Sharon and family), Douglas (Marilyn and family); sisters Margaret Kuhl and family, Arlene Barker (Murray and family); sister-in-law, Laura and family; and his partner of 11 years, Doris Smethhurst. He is predeceased by his parents, Ida and James; his brother, Barclay; and his beloved wife of 47 years, Marilyn (neé Reesor).

Stuart was born March 1, 1932, in Calgary, Alberta, the son of a Canadian Pacific Railroad superintendent and roadmaster. His family eventually moved to Medicine Hat, and after attending Alexandra High School, Stuart hired on with CP as a steam locomotive fireman. Stuart loved steam engines, and often said being a fireman was the best job he ever had. When diesel replaced steam engines, he went to work at the Medicine Hat power plant. He married his high school sweetheart, Marilyn Reesor, on September 5, 1953. Together they raised their four daughters, and Stuart always enjoyed taking them swimming, skating, camping and fishing.

SAAMIS MEMORIAL FUNERAL CHAPEL, CREMATORIUM AND RECEPTION CENTRE, “The Chapel in the Park”, locally owned and directed. Should you wish any additional information, please telephone 403-528-2599.