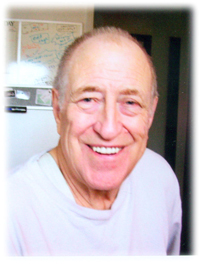 David Arthur Davies passed away peacefully at the Medicine Hat Regional Hospital on Wednesday, August 3, 2016, at the age of 80 years. David leaves to cherish his memory his wife Wendy; son, Tyler (Teri) Davies, their children Ashley (her children Harley, Blake and Beaue), Dakotah and T.J.; his daughters, Elan Davies ( her children Alashya, Kilian) all of Medicine Hat and Patty Davies of Edmonton. David also leaves his step-children, Tracy, Tara, Trina, Darren, Dean, Traelene, Talayna and Tenille Tellman and their families who make their respective homes across Western Canada. He also leaves his sister Ethel Cowan of Saskatoon, two brothers, Del (Noreen) Davies of Saskatoon and Ron Davies of Langley, B.C. He was predeceased by his parents David and Clara and one sister, Marjorie Capnerhurst. David, the youngest of five children, was born in the log cabin near Livelong, Saskatchewan on August 1, 1936 to Clara (Akers) and David Thomas Davies. David moved from Saskatoon, where he completed his studies as a journeyman millwright, to Regina where he spent two years with the RCMP before moving into his chosen profession of millwright. This career change brought about many adventures in new places such as Ft. Nelson, B.C. and Eckville, Alberta before making Medicine Hat his home where he raised his family. David worked for many companies here, Petro-Canada, Crane Canada and Clow Canada in the smelting foundry maintaining the machinery. David found his new love in his wife Wendy (Thompson) Davies. They married on December 31, 1997 in Lethbridge, making Medicine Hat their home and settling into retirement where David enjoyed various hobbies such as drafting, tinkering around the house and meeting new people, as he sat on various boards within the city. At the request of David, no funeral service will be held. In lieu of flowers, as an expression of sympathy, donations may be made to the Canadian Cancer Society (Prostate cancer) 1865 Dunmore Road SE, Medicine Hat, Alberta T1A 1Z8. To e-mail an expression of sympathy, please direct it to: pattfh@telusplanet.net subject heading: David Davies, or you may visit www.pattisonfuneralhome.com and leave a message of condolence.