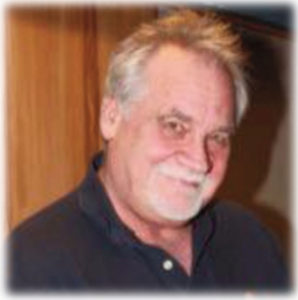 1949 ~ 2016
Arnold Martinson, beloved husband of Brenda, passed away in Medicine Hat on Sunday, August 14, 2016, at the age of 67 years. He fought a hard and brave fight against Non-Hodgkin’s Lymphoma cancer both at home and at the Tom Baker Cancer Clinic in Calgary. Arnold was born in Flin Flon, Manitoba on March 4, 1949. This is also where he was raised and received his initial education. Arnold later furthered his education at the Haileybury School of Mines in Ontario, graduating as a Mining Engineer. After working in the mining industry for a few years, he decided to start his own company in the gravel industry. Arnold enjoyed his work with fellow truckers and the satisfaction of providing a good living for his family. Along with his wife, Brenda, Arnold will be sadly missed by his daughter, Jessica; son, Graydon (Kristina) and his grandsons, Gage and Jett whom he adored. He is also survived by two brothers, one sister and their families as well as his mother-in-law, sister-in-law, brother-in-law and many friends. In honour of Arnold’s wishes, there will be no formal services held. He wouldn’t want the boys to miss a load! The family wish to extend their heartfelt appreciation to all of the doctors, nurses and staff at both the Tom Baker Cancer Clinic and the Medicine Hat Hospital for the exceptional care that Arnold received. (Condolences may be expressed by visiting our website at www.cooksouthland.com) Those wishing to honour Arnold’s memory may do so through a donation to the Tom Baker Cancer Centre, 1311 – 29 Street N.W., Calgary, Alberta, T2N 4N2. Honoured to serve the family is

One Condolence for “Arnold Martinson”