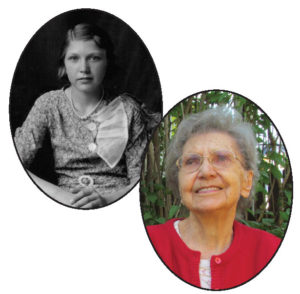 Clara was born on April 1st, 1923 at Wisdom, Alberta, the third of six children born to Jacob and Christina Ehman (nee Stickel). She passed peacefully into the presence of her Lord on August 15th, 2016 at the age of 93 years and had been a resident of Pleasant Valley Manor in Armstrong, B.C. for the past two years.

A Graveside Service will be held at the Armstrong-Spallumcheen Cemetery on Tuesday, August 23rd, 2016 at 10:00 A.M. at which time those who desire to share their memories of Clara will be encouraged to do so.

As an expression of sympathy, those who wish to do so may send donations in memory of Clara to the charity of their choice.

Funeral arrangements have been made with BETHEL FUNERAL CHAPEL LTD.,