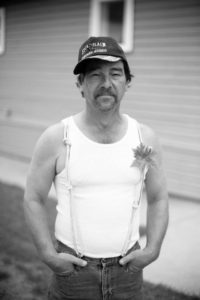 Edward Richard Joseph LeBlanc was born February 21st, 1959 at St. Paul’s Hospital in Saskatoon, SK. He was the oldest of 6 children born to Claude and Doris LeBlanc. In 1969 they moved to Clavet, SK where they lived for 2 years. They moved to Marcelin in the spring of ’71 and resided there until the kids started school in Shellbrook, SK in the fall. After graduation, Ed worked at the Husky in Shellbrook and attended Kelsey where he took his MVMR. He worked various jobs until he moved to Prince Albert to work at Cross Town where he specialized in Heavy Duty Mechanics. Ed worked half his career in Prince Albert and moved to Medicine Hat, AB in 2001 and finished his career at D&D Rentals until his health began to fail in 2015. Ed was predeceased by his mother, Doris LeBlanc. He is survived by his fiancé, Michelle Neufeld; his children, Amanda Rewerts (Jeff Rewerts and their three children), Stephanie Olsen (Kris Olsen and four children), Tyler LeBlanc (Kat Konias) and Chad LeBlanc (Caitlin Morley); his siblings, Karen Stene (Kerry Stene), Larry LeBlanc (Yen LeBlanc), Betty Skarpinsky (Ken Skarpinsky), Darlene Grant (Gary Grant) and Todd LeBlanc (MJ LeBlanc); as well as numerous nieces and nephews, aunts, uncles and cousins. The Funeral Service will be held at ST. AGATHA’S CATHOLIC CHURCH, 112 – 2nd Avenue East, Shellbrook, Saskatchewan on Friday, August 26th, 2016 at 2:00 p.m. with Father Tru Lee officiating. Interment will follow at the Shellbrook Cemetery. As an expression of sympathy those wishing to remember Ed may do so with a gift to the Alberta Heart & Stroke Foundation, 124, 430 – 6th Avenue SE, Medicine Hat, Alberta, T1A 2S8. Condolences may be sent through www.saamis.com or to condolences@saamis.com subject heading Edward LeBlanc. Funeral arrangements are entrusted to