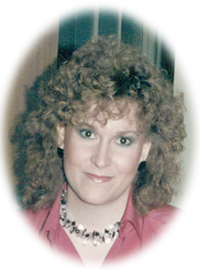 Mrs. Sheree Strafford-Bliss of Medicine Hat, beloved wife of Daniel Bliss, passed away in Medicine Hat on Wednesday, August 31, 2016, at the age of 58 years. Along with Daniel, Sheree is survived by a brother, Myles (Joni); two sisters, Roxanne (Clayton) Sissons and Lisa Strafford as well as numerous nieces and nephews. She is also survived by her mother-in-law, Patricia Ledene-Fraser, numerous friends and her nine beloved cats. Sheree’s strong Christian faith will see her safely on her knew journey. Sheree’s life will be honoured and her memory cherished without the proceedings of a formal service. (Condolences may be expressed by visiting our website at www.cooksouthland.com) If friends so desire, donations in memory of Sheree may be made to the S.P.C.A., 55 Southwest Drive S.W., Medicine Hat, Alberta, T1A 8E8. Honoured to serve the family is