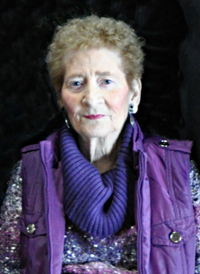 Valerie Ruth Harden of Medicine Hat passed away on Saturday, September 3, 2016, at the age of 74 years, beloved wife of the late Allen Victor Harden. She leaves to cherish her memory her children, Terri (Rosaire) Perrault of Lac Pelletier, Saskatchewan and Kelly (Leslee) Harden of Saskatoon, Saskatchewan; four grandchildren, Shawn (Shevaun) Perrault, Jenna (Jason) Riess, Evan (Carrie) Olfert and Lindsay (Colleen) Olfert; ten great grandchildren, Jaycee, Layna, Grady, Blythe, Hailey, Angelise, Reid, Summer, William and Etta; her brother, Arnie (Lorraine) Wentland; her sister Judy (Bob) Strawson as well as numerous nieces and nephews. She was predeceased by her parents, Bernard and Elsie Wentland and her husband, Allen on August 15, 1997. Val was born in Herbert to Elsie and Bernard Wentland. She was the oldest of three children, having a younger brother, Arnie, and baby sister Judy. She married Allen Harden in Oct of 1959. They moved to a farm house just outside of Swift Current where they created a farm life. It wasn’t very long before Terri joined them and their son, Kelly, came along three years later. Though they moved into Swift Current, they continued to farm for many years. In 1987 Val and Al retired and moved to Kelowna. They created a life there that involved family and developing a new community of friends. Little did they know that farming was deep in their blood. Though they lived in Kelowna, they travelled back to Saskatchewan every year to put the crop in and harvest it. Finally, missing their kids and grandkids, they returned to Swift Current in 1991, and enjoyed being close for the many family events. After Allen’s death in 1997 Valerie moved to Medicine Hat where she led a full life filled with family, friends and new adventures. Most recently Valerie was a resident of Meadowlands.

Family and friends who wish to pay their respects may do so at the church on Friday from 9:30 a.m. to 10: 25 a.m. The funeral service will be held in Victory Lutheran Church (2793 Southview Drive SE) on Friday, September 9, 2016 at 10:30 a.m. with Diaconal Minister Lila deWaal officiating. Interment will follow in Mount Pleasant Cemetery (Swift Current, Saskatchewan) at 3:30 p.m. As an expression of sympathy donations may be made to the Heart and Stroke Foundation of Alberta, NWT & NU, 100 – 119 14 St NW, Calgary, AB T2N 1Z6. To e-mail an expression of sympathy, please direct it to: pattfh@telusplanet.net subject heading: Valerie Harden, or you may visit www.pattisonfuneralhome.com and leave a message of condolence.