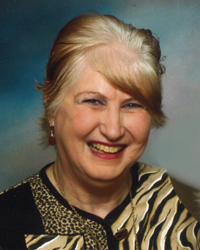 Shirley Ann Percival of Seven Persons, passed away on Monday, August 22nd, 2016 at the age of 62 years. Shirley leaves to cherish her memory her partner, Doug Zorn; her son, Rick (Sheila Carruthers) Capotosto and grandchildren, Nick Cotter and Lucas Capotosto; her son, Kelly (Lanna Lalonde) Roberts and grandchildren, Abigayle Roberts and Hayden Forsyth; her son, William Roberts and grandchild, Desmond Smith; her son, Theodore (Stacey Seaman) Roberts and grandchildren, Dryden Roberts, Ethan Roberts, Tennyson Roberts, and Thea Roberts. Shirley was predeceased by her parents, Dick and Betty Hoy. Shirley was born on May 27th, 1954 in Toronto. She moved west to Medicine Hat in 2000 in search of a new life and worked at many places in Medicine Hat until she developed cancer. She was able to live cancer free for nine years. Shirley met Doug six years ago and their relationship took her to the country to start a new journey. She remained there until the time of her passing. The Funeral Service will be held at SAAMIS MEMORIAL FUNERAL CHAPEL, #1 Dunmore Road SE, on Tuesday, September 13th, 2016 at 1:00 p.m. with Roger Jensen officiating. Interment will take place at a later date in Winnifred Cemetery. Memorial gifts in Shirley’s memory may be made to the SPCA, 55 Southwest Drive SW, Medicine Hat, Alberta, T1A 8E8. Condolences may be sent through www.saamis.com or to condolences@saamis.com subject heading Shirley Percival. Funeral arrangements are entrusted to