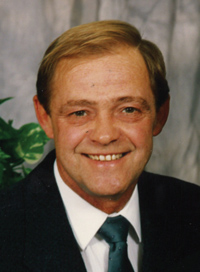 Larry James Young, beloved husband of Lona Young of Medicine Hat, passed away on Monday, September 12th, 2016 at the age of 76 years. Larry also leaves to cherish his memory his son, James (Kira) Young of Calgary; his daughter, Jody Young of Vancouver; two grandsons, Cameron and Matthew; one sister, Shirley (Frank) Fode; one brother-in-law, Dr. Richard (Sandy) Ziegler; as well as numerous nieces and nephews. Larry was predeceased by his parents, Walter and Margaret Young. A Private Family Time of Remembrance will be held. Memorial gifts in Larry’s memory may be made to the SPCA, 55 Southwest Drive SW, Medicine Hat, Alberta, T1A 8E8. Condolences may be sent through www.saamis.com or to condolences@saamis.com subject heading Larry Young. Funeral arrangements are entrusted to