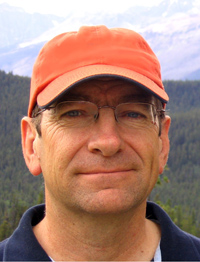 Miles C. Mayer passed away on Saturday, September 10th, 2016 at the age of 62 years. Miles was born and raised in Medicine Hat. After graduating from MHHS, he obtained a degree in Political Science from McGill University in Montreal. He then obtained his MBA from the University of Alberta in Edmonton, where he met his future wife, Michele. In 1979 he was able to buy his uncle’s ranch near Manyberries and he started his ranching career. For the first few years he also worked off the ranch, teaching Gear Up Financially through the Alberta Government and as a financial consultant for the Federal Government. He raised Black Angus cattle and produced green feed and hay to feed them. He was very well read and kept up with the latest technology. Miles was a wonderful steward of his land and resources, carrying on the traditions of his family. He was a modest, kind man who loved his family and the ranching way of life. He was always ready to help any neighbours. Miles will be greatly missed by his wife, Michele; sons, Lucas and Nathan (Tiffany); sister, Tania Borg (Doug); parents-in-law, George and Dorothy Gauthier; Michele’s siblings, Mary Beveridge (Gary), Teresa Gauthier, Dan Gauthier, Gerard Gauthier (Jane), Cathy Ludlow (Lawrence), and Anne Saftich; aunt, Lillian Hassard; many cousins, nieces and nephews; friends and neighbours. Miles was predeceased by his parents, Herb and Alice Mayer. Miles, along with the family, was very grateful for the wonderful care given to him by Dr. Best and the doctors and nurses on the Palliative Care Unit at the Medicine Hat Regional Hospital. A private family service will be held. Friends are invited to join the family for a Time of Fellowship to be held at the SOUTHSIDE EVENTS CENTRE, #4 Strachan Court SE, on Friday, September 16th, 2016 at 1:00 p.m. In lieu of flowers, memorial gifts in Miles’ memory may be made to the Canadian Cancer Society, 325 Manning Road NE, Calgary, Alberta, T2E 2P5, or to HALO, 12 – 49 Viscount Avenue SW, Medicine Hat, Alberta, T1A 5G4. Condolences may be sent through www.saamis.com or to condolences@saamis.com subject heading Miles Mayer. Funeral arrangements are entrusted to