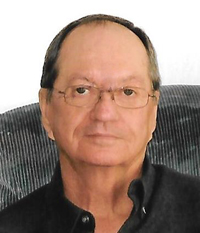 It is with sadness that the family of Dan Cocks announces the passing of their husband, father and grandfather. He is survived by the love of his life Elaine, his daughter Tammy (Steve) Krause of Medicine Hat, AB, his son Dan Cocks of Calgary, AB and his grandchild Natasha Krause whom he cherished deeply, his sister Susan (Mic) Moroz of Osoyoos, his brother Jim (Helen) Cocks of Leader, SK, along with aunts, nephews, nieces and cousins. Dan was predeceased by his parents John and Lydia Cocks, brother Doug Cocks, sister Jean Stoltz, and his in-laws Nick and Rose Schafer.

Dan was born in Leader, SK on January 18, 1944 and he married Elaine Schafer on October 16, 1965. Dan and Elaine shared 50+ loving years together. Dan enjoyed fishing, camping and spending time with his family. Dan was always willing to lend a helping hand when people needed him. He was a loving husband, father and grandfather who had great pride in his family.

Our family has been blessed throughout this difficult journey to have the support and love from our families and friends.

In honoring Dan’s request, there will be no funeral. A memorial was held on September 11, 2016 with family and friends. Memorial gifts made in Dan’s name can be made to the Heart and Stroke foundation and the Diabetes Association.

One Condolence for “DANIEL W. COCKS”