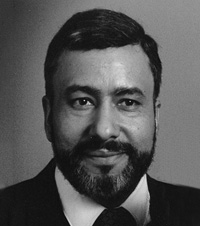 Gurdev Singh Bhogal peacefully passed away, surrounded by his family, on September 14, 2016 at home in Calgary at the age of 68.

Gurdev was born in Uganda, lived in Kenya until his teenage years, and moved to England in the early 1960s. After finishing his apprenticeship in London, he worked as a toolmaker in Ford Motor Company. In 1968, he married his wife, Upinder Kaur, of almost 48 years and, in 1974, he moved with his family to Canada. Settling in Medicine Hat, Gurdev spent most of the remainder of his life in Medicine Hat and his career working as a machinist for the Department of National Defence in Suffield, Alberta. He was a very proud father, a devoted loving husband, and an active member of the community in Medicine Hat. He leaves behind his wife, Upinder; three sons, Charan, Raj, and Hardeep; as well as two beloved grandchildren. He will be missed.

In lieu of flowers, the family kindly requests any expression of sympathy in a donation to CurePSP at https://give.psp.org. This is a nonprofit advocacy organization focused on prime of life neurodegenerative diseases and is an important source of research funding, information and support.