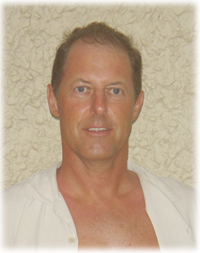 It is with broken hearts that the family of Dwayne Edward Michael Pfeifer, announce his passing in Medicine Hat on Monday, September 12, 2016, at the age of 55 years. Dwayne will be forever cherished by his wife, Sandi and children: daughter, Courtney (Chad) Thompson – (Brevyn and Meara) and son, Ryan (Breanne) Pfeifer; parents, Leo and Josephine Pfeifer; two sisters, Bonnie Pfeifer (Howard Schwandt) – nephew, Mark Everlinas (Kylee), and Shelly (Jim) Brouwer; best friends, Ron Fode and Scott Werre as well as numerous aunts, uncles, cousins and friends. He was predeceased by his maternal and paternal grandparents. Dwayne was born on April 9, 1961, in Medicine Hat, a son to proud parents, Leo and Josephine Pfeifer. He was raised in Medicine Hat and graduated from Medicine Hat High School. As a normal teenager driving around, a pretty young lady caught his eye and he knew she was someone he just had to meet! Dwayne started working at Dome Glass, the same place Sandi was working, and the two teenage sweethearts began dating. They were married in Medicine Hat on February 27, 1982 and were blessed with two children. Their love for each other was a true love story as they had found their soulmates. Dwayne always wanted the most for his family so he decided to further his education by taking Power Engineering. Shortly thereafter, he gained employment with AEC (Encana) currently Cenovus, and was a loyal, dedicated employee for over 25 years. He was meticulous in his work and was well respected by his peers as he truly valued his work and the people he worked with. Dwayne was an achiever – it didn’t matter what he attempted, he was always good at it. If it was sports, he excelled – be it golf, baseball, hockey or any sport – he was a gifted athlete. He was also mechanically inclined and could fix or do literally anything he put his mind to and not only do it, but do it well. Dwayne absolutely loved fishing! He spent countless hours on his boat “Organized Chaos” in open waters reeling in fish after fish. He had a genuine knowledge of fishing and was eager to teach anyone who wanted to learn and looked forward to pass this on to his grandchildren. This was a passion that was very evident. While Dwayne loved the sport of fishing, he also loved mother nature and the wildlife and made sure the birds and animals behind his yard were well fed. Dwayne was a one of a kind man who was absolutely full of life. He was witty and fun and was simply adored by everyone. A true gentleman, he never spoke a harsh word and would go out of his way to do anything for anyone. People naturally gravitated towards him and he was well-liked by everyone he met. He gave selflessly to others and expected nothing in return. Most of all – he was a wonderful family man who took care of his family like no other. Dwayne was an amazing husband, father, grandfather, son, brother and friend. He was the kind of person you would want to have in your life. His love for family was unmatched and he was not only loved deeply in return, he was adored and will be tremendously missed by all who knew him. Words cannot express how well loved and amazing of a person Dwayne really was and we are forever grateful to have had him in our lives. A non-denominational Celebration of Dwayne’s life will be held at Holy Family Parish, 1451 Strachan Road S.E., Medicine Hat on Monday, September 19, 2016, at 2:00 p.m. with Life Celebrant Gerry Getz officiating. (Condolences may be expressed by visiting our website at www.cooksouthland.com) Memorial donations in Dwayne’s name may be made directly to the Medicine Hat & District Food Bank, 532 South Railway Street, S.E., Medicine Hat, Alberta, T1A 2V6.. Honoured to serve the family is