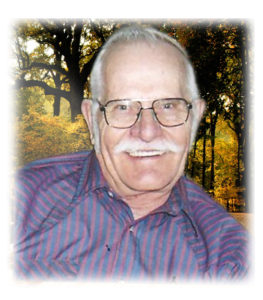 It is with sadness that the family of David Arthur “Chad” Riediger announce his unexpected passing which occurred at the Medicine Hat Regional Hospital on Friday, October 14, 2016, at the age of 88 years. Left to cherish Chad’s memory are his devoted children, Carman (Angie) Riediger of Medicine Hat, Cindy (Paul) Bellefeuille of Okotoks and Virginia Riediger of Lethbridge; his adoring grandchildren, Adam Bellefeuille, Miranda Bellefeuille and Michael Riediger; great- grandson, Aidric Bellefeuille and grand-princess, Kayla. He also leaves his siblings, Kaye Haggith, Lydia White, Mary (John) Row, Korny Riediger and Shirley (Dean) Bengry as well as numerous nieces and nephews. Chad was predeceased by his beloved wife, Marjorie; parents, David and Agneta Riediger; brother, Jake Riediger and sister, Margaret Rempel. Those wishing to pay their respects may do so starting one hour prior to the funeral service which will be celebrated at Cook Southland Funeral Chapel, 901 – 13 Street S.W., Medicine Hat on Wednesday, October 19, 2016, at 1:00 p.m. with Pastor Gerhard Reimer officiating. Interment will follow at Redcliff Cemetery. (Condolences may be expressed by visiting www.cooksouthland.com). If friends so desire, memorial donations in Chad’s name may be made to the Heart & Stoke Foundation of AB, #124, 430 – 6 Avenue S.E., Medicine Hat, Alberta, Y1A 2S8. Honoured to serve the family is

One Condolence for “CHAD RIEDIGER”