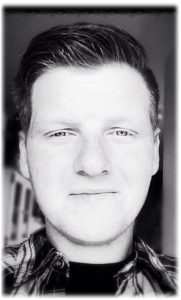 It is with broken hearts that we, the family, announce the sudden passing of Joshua John Robert Kyle Megeney on Thursday, October 6, 2016, at the age of 28 years. Josh will be greatly missed by his parents, John and Karen (nee Shakness) Megeney of Medicine Hat; his older sister, Melissa (Jordan) Green and their two children, Jensen and Emmett; his older brother, Brandon (Amanda) Megeney and their two children, Xander and Helix; grandparents, Earl and Diane Shakness of Westville, Nova Scotia as well as numerous aunts, uncles and cousins. He was predeceased by his grandparents, George and Elizabeth Megeney of Stellarton, Nova Scotia. Josh was born on September 12, 1988, in New Glasgow, Nova Scotia, raised in Stellarton and at 14 years of age, he and his family moved to Alberta. Josh graduated from St. Joseph’s Collegiate High School in Brooks, AB. and started his career in the oilfield shortly thereafter. Josh had a kind soul and a generous heart. He cared deeply for others and enjoyed making people happy. This was clear through Josh’s unique sense of humour and his natural ability to make people laugh. Josh loved animals, especially his dog, Jake, whom he adored. He will be deeply missed by those who were lucky enough to know him. Josh’s life will be celebrated at Cook Southland Funeral Chapel, 901 – 13 Street S.W., Medicine Hat on Friday, October 21, 2016, at 11:00 a.m. with Deacon Terry Olson officiating. A private family interment will follow at Hillside Cemetery. (Condolences may be expressed by visiting our website at www.cooksouthland.com) If friends so desire, memorial donations in Josh’s name may be made directly to the SPCA, 55 Southwest Drive S.W., Medicine Hat, AB T1A 8E8. Honoured to serve the family is