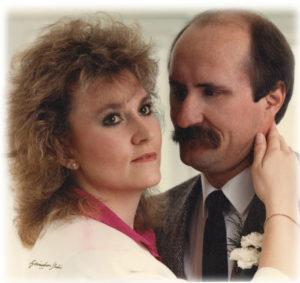 1954 ~ 2016
It is with the deepest regret that we announce the passing of our beloved Daniel; son, brother, uncle, nephew and best friend to many. Daniel passed away on Friday, November 4, 2016, at the age of 62 years. He leaves to cherish his memory: mother, Patricia Ledene-Fraser; brother, Shayne Dempsey Bliss; Shayne’s daughters, Shalena and Cassie of Medicine Hat, Channelle of California; Dayne’s daughter, Laurie Waller of Medicine Hat; step-brothers, Mark Gordon (Fraser) of the North West Territories, Cameron Fraser (Knysh) of Winnipeg; uncles, Gary Ledene, Leo (Lois, Lindsey) Ledene, Robert (Adam, Allissa) Ledene; aunts, Daisy (Gus Beatch) Legare, Pearl Tarnasky and many cousins, nieces and nephews. He was predeceased by his beloved wife, Sheree Strafford-Bliss on August 31, 2016; father, Dempsey Bliss in 1972; step-father, Harry “Scotty” Fraser in 2004; sisters, Nancy and Cindy; brother, Dayne; grandparents, Arthur Ledene in 1973, Hilma Ledene-Striegler in January 2016 as well as a step-brother, Troy (Fraser) Knysh. A Celebration of Daniel and Sheree’s lives will be held at the First Assembly of God Church, 395 – 9 Street S.E., Medicine Hat, on Wednesday, November 16, 2016, at 2:00 p.m. with Pastor Keith Running officiating. Private interment will follow at a later date. Please dress casual for the service, or especially in Harley Davidson apparel if you have some. (Condolences may be expressed by visiting our website at www.cooksouthland.com) If friends so desire, donations in memory of Daniel and Sheree may be made to the SPCA, 55 Southwest Drive S.W., Medicine Hat, Alberta, T1A 8E8. Honoured to serve the family is

Leave a Condolence for Darlene Greenfield