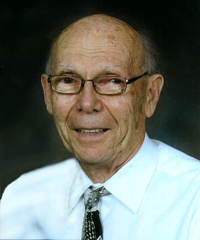 Carl Edward Robinson, beloved husband of Inga Robinson of Medicine Hat, passed away peacefully with his wife by his side on Thursday, November 17th, 2016 at the age of 80 years. Carl also leaves to cherish his memory his brother, Evert (Jean) Robinson as well as numerous nieces and nephews. Carl was predeceased by his parents, Roland and Caroline Robinson; one brother, Richard in 1997; one sister, Betty Hill in 2007; and his nephew, Lynn Robinson. Carl was born on May 12th, 1936 in Onoway, Alberta. The family moved to Kerrobert, Saskatchewan in 1942 where Carl received all his education. In 1960, Carl married Inga and they ran the family restaurant in Kerrobert for six years and took over a family clothing store for fifteen years. Upon retirement, Carl and Inga went to Yuma, Arizona where they resided for sixteen years until failing health forced them to return to Alberta. They moved to Medicine Hat in 2001 and have called it home ever since. He enjoyed hunting, fishing, and camping at the northern lakes as well as gardening and flowers. Carl and Inga spent most weekends dancing and with friends and he will be lovingly remembered and greatly missed by all those who knew and loved him. The Funeral Service will be held at SAAMIS MEMORIAL FUNERAL CHAPEL, #1 Dunmore Road SE, on Tuesday, November 22nd, 2016 at 2:00 p.m. with Father Albert Sayson officiating. In the spring of 2017, a Funeral Mass will be celebrated at Our Lady of the Assumption Catholic Church in Kerrobert and the interment will take place in the Kerrobert Cemetery. Memorial gifts in Carl’s memory may be made to the Alzheimer’s Society, #201, 770 – 6th Street SW, Medicine Hat, Alberta, T1A 4J6. Condolences may be sent through www.saamis.com or to condolences@saamis.com subject heading Carl Robinson. Funeral arrangements are entrusted to