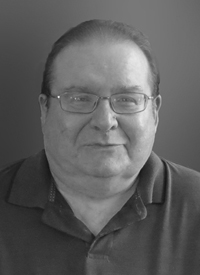 Doug passed away peacefully in Hospital on Thursday, November 17, 2016 following a long and courageous battle with Multiple Sclerosis. Doug was born in Medicine Hat and received his early education in Ralston, Alberta and further education in Calgary following a move there in 1968. He received his high school education at DR. E. P. Scarlett High School and entered the Engineering program at University of Calgary following Graduation. Doug received his BSc in Electrical Engineering in 1977 and started his career with Trans Alta Utilities that year. The effects of MS forced him into permanent disability in 1994. He leaves to mourn his death, his father, William; mother, Lorrine and brother, Donald Anson and Don’s children, Brett and Chelsea who so loved their uncle. He also leaves his two loving children, Paul and Nicole Anson all of Calgary as well as many aunts, uncles and cousins in Alberta, particularly in the Calgary and Medicine Hat areas and also in the Kelowna area of British Columbia. His devoted parents and brother, Don who so supported Doug in his journey with MS and his family wish to thank the staff at the Peter Lougheed Centre, and the ICU in particular, for the excellent and Professional effort in assisting Doug in his stay there. Thanks are also extended to the staff and Management at Doug’s Home, the Nickel House, for the care and compassion that was always given Doug while in their care. Many others who came in and provided specific and special services, they know who they are, to improve Doug’s everyday quality of life. A private family gathering will be held at a later date. Condolences may be forwarded to the family by visiting www.edenbrookcemetery.ca. Arrangements entrusted to EDEN BROOK FUNERAL HOME AND RECEPTION CENTRE, 24223 Twp Rd 242, Calgary, AB, T3Z 3K2.