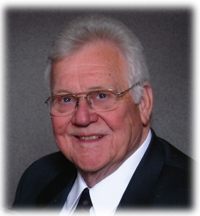 It is with profound sadness that we, the family of Ted Butcher, loving husband of Trudy, for 58 years, announce his passing on Wednesday, November 23, 2016 at the age of 79 years. Along with Trudy, Ted leaves to cherish his memory five children: Erika (Terry) Bartman and their children, Rachel (Lorne) Vossler and Brett (Dara) Bartman; Eva (Morris) Lukowich and their daughter, Zoë; Angie (Aaron) Konschuk and their children Zachary (Reanne Andersen) and Jenna Konschuk; Marty (Diane) Butcher and their daughters Ashleigh and Mia; Mandy Butcher (Ron Harris) and their daughter, Jillian. Ted is also survived by extended family in both England and Germany.

Born in Southampton, England, Ted was the youngest of 6 children. After his initial schooling in England, Ted worked as a lab technician and served in the Royal Air Force as a radio technician in West Germany. An intelligent man with a thirst for knowledge, Ted continued his education first at King Alfred’s College in Winchester, then at the University of Southampton and finally at the University of Calgary.

On November 1, 1958, Ted married Trudy Strehl, in Southampton, England, where his teaching career began. In 1961, Ted and Trudy and their two young daughters moved to Canada, where he continued teaching in Bindloss, Alberta, before moving to Medicine Hat in 1965. As a principal, Ted taught several years at St. Louis School and then at St. Michael’s School until his retirement in 1997. Throughout his career, this kind and generous man exemplified the highest levels of honesty, integrity and respect to students, parents and colleagues alike. Ted was a strong supporter of the ATA, serving as District Representative for five years. He was known as a fearless fighter, using diplomacy to advocate for the rights of all those with whom he worked, but especially for the right of every child to receive a quality public education.

Ted spent most summers working as a hail adjuster, relishing the serenity that came with driving the open highway as the sun came up. He enjoyed meeting and walking with many farmers through their fields. Ted’s talents were extensive: he had a beautiful singing voice, he played the piano and the saxophone and shared his love of music and art with his students and his family. Ted was an avid gardener and an amazing cook, affectionately known as the “Muffin Man” by his family. His knowledge of vehicles was so extensive that he was considered the family’s car expert and no purchase was made without getting his opinion first. Ted loved sports: he started each day with his “Morning Swim”. He cycled, coached soccer and hockey and enjoyed watching all sports, especially if his grandchildren were participating. Ted often used his witty humour in his detailed storytelling with his family. Ted had a passion for politics. He also liked to travel, taking several trips throughout Canada, England, Germany, and California, with New Zealand on his wish list.

Ted was a good friend and colleague and a caring Husband, Dad and Grandad. Ted adored his eight grandchildren and felt so blessed to be their Grandad.

Always “A Principal with Principles”, Ted leaves a legacy of love for his family and fellow man that will live on in the hearts of all who knew him. We will miss him dearly.

As Ted truly lived and believed:

“What we desire for ourselves, we wish for all.” (J.S. Woodsworth)

A Private Celebration of Ted’s life will be held on Wednesday, November 30, 2016. (Condolences may be expressed by visiting our website at www.cooksouthland.com) Those wishing to honour Ted’s memory are encouraged to make donations to the Medicine Hat Catholic Schools’ Education Foundation, 1251 – 1 Avenue S.W., Medicine Hat, Alberta, T1A 8B4. Honoured to serve the family is