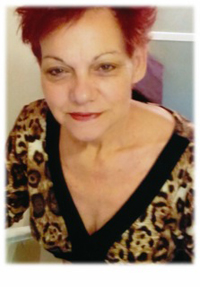 We are heartbroken to announce the passing of our dear mother and grandmother, Colette Cecile Grimard (Brunton), who passed away at the Medicine Hat Regional Hospital on Friday, December 2, 2016, at the age of 59 years. She was born March 9, 1957, a daughter to Marie Grimard and her late father, Roger. She was raised in Sudbury, Ontario along with two sisters and two brothers, Diane (Bob) Mageau, Gerry (Linda) Grimard, Lorraine (Paul) Barbeau and Denis (Kim) Grimard. Colette left Ontario to move to Alberta when she was just 16 years old and a short time later was blessed with the births of her children, Jason (Chelsey) Hamel and Jessica (Bob) Gammon. Her biggest and most understandable reason for loving life was her grandchildren. To them, Jordon, Jayleen, Trinity, Kyra, Ciara and Trace, she was known as Nana. Nana was all about doing crafts, giving unique thrifty gifts she would find hidden on the sales floor that were a steal of a deal and planning the next pizza party…just because we needed a pizza party. Colette believed she had a good life as she didn’t have any regrets. Everyone did their best to help her and comfort her from the Hospice and Palliative Care and we were all truly thankful that she did not give up the fight, she took charge of the fight and displayed unimagineable bravery and we were so proud to call her our mother… our hero! She was very special to us as a daughter, sister, mother, nana, aunty and friend and she will be deeply missed. A private ceremony in honour of Colette’s life will be held at a later date. (Condolences may be expressed by visiting our website at www.cooksouthland.com) Honoured to serve the family is
Cook Southland Funeral Chapel, 901 – 13th Street S.W. Medicine Hat, Alberta T1A 4V4 Phone 403-527-6455