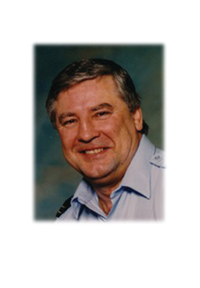 1944 – 2016
It is with deep sorrow that the family of Ronald Wayne Pekush, beloved husband of Jean Pekush, announce his passing at the Medicine Hat Regional Hospital on Thursday, December 8, 2016, at the age of 72 years. Ron was born on February 20, 1944, in the Regina General Hospital. When he was four years old, his mother, Doris, died. His father, John, then married Leona Smith and together they raised four sons. When Ron worked at the Grey Nuns’ Hospital in Regina, he met Jean who was a second year nursing student. For the next three years, he was persistent and they married in 1968. Over their 48 years of marriage, they enjoyed six dogs, five of which were Havanese. They enjoyed many adventures travelling throughout Canada sharing their love for camping, visiting, cooking and just being at home. Ron was a private pilot instructor, Senior Captain Firefighter and always carried a second job even after his retirement. He will be forever remembered in the hearts of his loving wife, Jean; brothers, Jack (Jean) of Saskatoon, Bryan Smith of Powell River, Dennis (Dolores) of White City; sister-in-law, Aleda (Evan) and family as well as many kind neighbours and friends. Ron was predeceased by his mother, father, step-mother, niece, Sheryl and in-laws, Bill (Mary) Loveless. Ron’s life will be celebrated at Cook Southland Funeral Chapel, 901 – 13 Street S.W., Medicine Hat on Wednesday, December 14, 2016, at 1:00 p.m. with Life Celebrant Gerry Getz officiating. If friends so desire, memorial tributes in Ron’s name may be made directly to the Medicine Hat SPCA, 55 Southwest Drive S.W., Medicine Hat, AB., T1A 8E8 or to the Heart & Stroke Foundation of Alberta, #124, 430 – 6 Avenue S.E., Medicine Hat, AB., T1A 2S8. (Condolences may be expressed by visiting our website at www.cooksouthland.com) Honoured to serve the family is
Cook Southland Funeral Chapel, 901 – 13th Street S.W. Medicine Hat, Alberta T1A 4V4 Phone 403-527-6455

One Condolence for “RONALD PEKUSH”