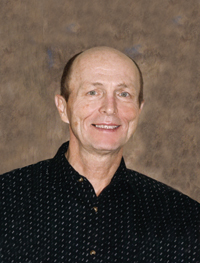 Robert “Bob” Lloyd Schimpf, beloved husband of Gwen Schimpf of Medicine Hat, passed away on Monday, December 12th, 2016 at the age of 60 years. Bob also leaves to cherish his memory one son, Tyler (Larissa) Damen of Strathmore, Alberta; two daughters, Launie (Tim) Hagel of Medicine Hat and Tamara (Jason) Brittner of Lloydminster, Alberta; his mother, Lorraine Schimpf; ten grandchildren, Dustin, Olivia, Brooke, Taythan, Jayce, Kaybree, Brittney, Kaidryan, Brody and Brooklyn; two brothers, Donald Schimpf and Ron (Brenda) Schimpf; three sisters, Brenda (Rob) Kerr, Rose (Bruce) Mock and Allison (Roger) Hutt; as well as numerous nieces and nephews. Bob was predeceased by his father, Joe Schimpf; and his brother, Rick Schimpf. Bob was a loving husband and Gwen’s soulmate. He was very much a family orientated man and his family was his life. Bob was a loving and proud grampa – he enjoyed spending time with his grandchildren and did many activities with them. Bob’s passions changed with whatever the interests of his grandchildren were. Bob spent most of his working career as a mechanic involved with vehicle maintenance. He loved golf, hockey and the great outdoors. Bob was always ready to lend a helping hand and he was a very special one of a kind man. Those wishing to pay their respects may do so at SAAMIS MEMORIAL FUNERAL CHAPEL, 1 Dunmore Road SE, on Friday from 1:00 p.m. to 1:55 p.m. The Funeral Service will be held at SAAMIS MEMORIAL FUNERAL CHAPEL, on Friday, December 16th, 2016 at 2:00 p.m. with Pastor Bob Findley officiating. Memorial gifts in Bob’s memory may be made to the Canadian Cancer Society, 325 Manning Road NE, Calgary, Alberta, T2E 2P5 or to the Alberta Heart & Stroke Foundation, 124, 430 – 6th Avenue SE, Medicine Hat, Alberta, T1A 2S8. Condolences may be sent through www.saamis.com or to condolences@saamis.com subject heading Bob Schimpf. Funeral arrangements are entrusted to
SAAMIS MEMORIAL FUNERAL CHAPEL CREMATORIUM & RECEPTION CENTRE, “The Chapel in the Park” #1 Dunmore Road SE, Medicine Hat, AB T1A 1Z5 (403)528-2599 www.saamis.com inquiry@saamis.com Locally owned and directed CGR Holdings Ltd.