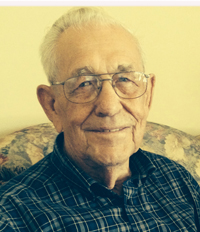 It is with deep regret that the family of Thomas Gutfriend, beloved husband for 58 years of Anna “Lena” Gutfriend, announce his passing in Medicine Hat on Saturday, December 17, 2016, at the age of 86 years. Tom leaves to cherish his memory two sons, Blake (Carlene) and Brent (Susan); one daughter, Alison (Mark) Ellis; ten grandchildren; two great-grandchildren; three sisters, Anna Marie Maskell, Lena Sears and Irene (Tim) Hammel and sister-in-law, Rosella Mastel. Tom was predeceased by his sister, Jennie Schnell and brothers, Albin Gutfriend and Val (Jackie) Gutfriend. Vigil prayers with a eulogy will be recited at St. Patrick’s Catholic Church, 238 – 2 Avenue N.E. on Wednesday, December 21, 2016, at 10:30 a.m. The Funeral Mass celebrating Tom’s life will follow at 11:00 a.m. with Father Tomy Manjaly celebrant. (Condolences may be expressed by visiting our website at www.cooksouthland.com) If friends so desire, donations in memory of Tom may be made directly to the Canadian Cancer Society, 102 Crestwood Square One, 1865 Dunmore Road S.E., Medicine Hat, Alberta, T1A 1Z8 or to the Heart & Stroke Foundation of Alberta, #124, 430 – 6 Avenue S.E., Medicine Hat, Alberta, T1A 2S8. Honoured to serve the family is