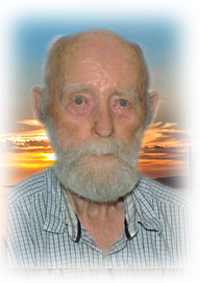 Ralph passed away following a brief illness on Wednesday, December 21, 2016, at the age of 88 years. He was born on September 30, 1928, in Maple Creek, SK., spending his early years in Piapot. As a young man, he moved to Medicine Hat to work in various capacities at Medalta Potteries. Ralph earned his Master Mechanic license apprenticing at Central Motors. He was also one of the first graduates of Medicine Hat College earning a diploma in Business Administration. Ralph’s entrepreneurial spirit led him in many directions including farming, market gardening and finally as the owner/operator of New Life Engine Service. He was creative and passionate about everything mechanical, collecting parts and gadgets for his many projects and was able to fix anything. Ralph spent many years as a member of the Medicine Hat Vintage Car Club, Medicine Hat Rock & Lapidary Club, Medicine Hat Flying Club and was a proud supporter of the Alberta Wild Rose Party. Ralph spent the last year living at Leisure Way Community Group Home. The family would like to extend their deepest gratitude to the exceptional staff who took such excellent care of their Dad; he was very happy there. Thank you also to Dr. Jonker, Dr. Monty and nurse, Heather Armstrong from HealthWorx Medical Clinic for the compassionate care provided over the years. Family always knew that their Dad was in good hands. We know your spirit has already taken flight – Godspeed dad. Ralph leaves his wife of 63 years, Evelyn; children, Arlen, Kerrie (Leroy) and Leta (Rick) along with his beloved grandsons, Jamie (Bev) and Nick (Kyla) Gauthier and Grayden and Ashton Zaleski as well as his great-grandchildren, Evan, Laine, Chase, Hallie and Easton. Ralph is also survived by his siblings, Velma Brost, Glen Jahraus,â€ˆElla Nelson and Lois Miller. He was predeceased by his brother, Vernon and parents, Julius Jahraus and Bernadine Kelly. A celebration of Ralph’s life will be planned for the spring. (Condolences may be expressed by visiting our website at www.cooksouth land.com) If friends so desire, memorial donations in Ralph’s name may be made to the Alzheimer’s Society of Alberta, #201, 770 – 6 Street S.E., Medicine Hat, Alberta, T1A 4J6 or to the SPCA, 55 Southwest Drive S.W., Medicine Hat, Alberta, T1A 8E8. Honoured to serve the family is