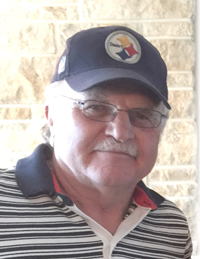 It is with deep sorrow that the family of Maurice ‘Butch’ Anthony Ganzer, beloved husband of Janet Lynne Ganzer, announce his passing in Medicine Hat, AB., on Thursday, December 29, 2016, at the age of 69 years. Butch was raised in Medicine Hat and attended McCoy High School until he went to Weyburn, SK to try his luck at making in the NHL for the Red Wings. He married the love of his life, Janet Bray at St. Patrick’s Church, on December 5, 1970. Butch proudly served in the RCMP for 3 years and 22 years in the Calgary police force. He was a loving husband and father, a caring citizen, a man for the world with a strong belief in justice for all. He was a protector. Butch loved baseball – playing and watching. He coached his sons in Little League and won the championship in 95′. His competitive spirit took hold even when he played ping pong. Butch studied people and could enjoy just watching their everyday activities while sipping a Tim’s with his buddy. He enjoyed barbecuing hamburgers, steaks and ribs for his family and impromptu guests. His greatest love was his family of whom he was very proud and loved beyond all telling. Butch will be forever missed in the hearts of his loving wife, Janet; his mother, Betty; his children, Maurae (Greg) Woitas, Genny (Ken) Doyle, Kora Kuehn, Ty (Raegan) Ganzer, John (Paloma) Ganzer, Luke (Olivia) Ganzer; grandchildren, Jesslyn & Makenna Woitas, Cody & Amber Doyle, Maya & Solomon Kuehn, Ari Ganzer; sister, Marlene (Ed) Lavoy as well as several nieces, nephews and cousins from both extended families. Butch was predeceased by his daughter, Nerissa and his father Tony. The Funeral Mass will be celebrated at St. Patrick Roman Catholic Church, 238 – 2 Avenue NE, Medicine Hat, AB., on Wednesday, January 4, 2017, beginning at 10:45 a.m. with Reverend Father Tomy Manjaly celebrant. Interment to take place in the family plot at Queens Park Cemetery, Calgary, AB., on Friday, January 6, 2017, at 1:00 p.m. If friends so desire, memorial tributes in Butch’s name, may be made to the Medicine Hat Women’s Shelter (Phoenix Safe House) P.O. Box 2500, Medicine Hat, AB., T1A 8G8 or to the Champion Centre, 435 N Railway Street SE, Medicine Hat, AB. T1A 2Z3. (Condolences may be expressed by visiting our website at www.cooksouthland.com) Honoured to serve the family is