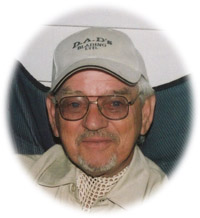 William (Porky) Smith passed away peacefully at the age of 76 on Monday, January 2, after a long and courageous battle with cancer. He leaves to cherish his memory two children, his daughter Cinimin Smith, his son Wryan (Corlinda) Smith and his two grandchildren Gavin and Shayla Smith. He also leaves behind his wife Cory Smith of Edmonton, Alberta. Porky also leaves to cherish his memory his brother, Alan (Gay) Smith, and two sisters, Gwen Smith (Andy Burns), Ona (Ed) Bilan and one brother by heart, Mike Hofer jr, as well as numerous nieces and nephews. Porky always had a special bond with his niece Christie Ruhr (Jonesy). Porky was predeceased by his parents Mathew and Lydia Smith, nee Baumbach, and four brothers; Bob (Beryl) Smith, Larry (Tootsie) Smith, Darel Smith and Cyril Smith. Porky was born June 27, 1940 in Ottawa, Ontario. He started work at a young age, and worked in various occupations throughout his life, but his passion was the food industry. He enjoyed socializing with family and friends, spending time with his grandchildren whenever he could, road trips, camping, feeding his wild pets, cheering on the Toronto Blue Jays and time spent fishing with Mike and the guys. The family would like to send heartfelt thanks to the Palliative Care Team, Home Care, Dr Harrison, Dr Alphin and their staff. Donations in Porky’s memory may be made to the Palliative Care Unit C/o The Medicine Hat and District Health Foundation, 666 – 5th Street SW, Medicine Hat, Alberta, T1A 4H6. A Come and Go Celebration of Life will be held at the SAAMIS CREEKSIDE CENTRE, 11 Dunmore Road SE, on Wednesday, January 11th, 2017 from 2:00 to 4:00 p.m. Condolences may be sent to condolences@saamis.com or through www.saamis.com subject heading William Smith. Funeral arrangements entrusted to