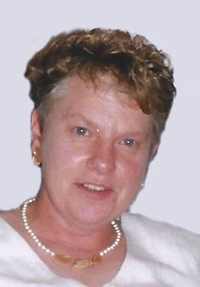 Theise – Judith Ann Theise (Knutson) beloved wife of Ron Theise leaves to cherish her memory two children Robin (Marla) Theise and Laurel-Lee (David) Mcmenemy; one grandchild Jennica (Matthew) Colette; three great grandchildren; Griffin, Alexander, Daisy; two adopted grandchildren, Ethan and Becky; one sister, Iris Schweeder; one brother, Marty Knutson, and two nieces. She was predeceased by her parents Victor and Irene Knutson; uncles Bruce, Howard, Dale, Freemont, Jack, Ed; aunt, Silvia; brother In-law, Bob. Judy was born in Medicine Hat and was raised in her parent’s general store in Iddesleigh. She attended Medicine Hat High School, then college, and continued her education at Lethbridge University. She married Ron Theise on February 8, 1969 at Iddesleigh and they made their home there. In the following years, they moved to Jenner and raised a family of their own. During her time in Jenner, Judy was a Sunday School Teacher, worked at Jenner Post Office and Jenner Sales and Service. She also managed the Jenner Hotel and Prairie Dust Motel as well as writing a humor column for the Prairie Post. In 1981, Ron and Judy bought the family farm which they operated for the next 34 years. She was always busy and enjoyed spending spare time at the cabin at Suffern Lake, Saskatchewan. A visitation will held from 2:00 PM – 4.00 PM on Monday, January 9, 2017 at Thom’s Funeral Home and Reception Centre in Duchess, family and friends are welcome. A Memorial Service will be held in the Lutheran Church in Iddesleigh in the spring and the date will be made available once finalized. In memory of Judy, if family or friend’s desire, memorial tributes may be made to Canadian Red Cross online at www.redcross.ca. For further information or to leave a message of condolence, please visit www.thomsfuneralhome.com or call (403) 501-1010.